She's here Mr. Johnson
Ok, thank you very much
Granny, they're expecting you
You're a little late so
Come right this way, step right in, ok?
Wait oh, say it now, say it now, ahem
Me and the Ohio Players gonna tell you about a worm
He's the funkiest worm in the world

Ok, sing it, Clarence
There's a worm in the ground, yes there is
That's right
He is six feet down
Six feet down

He plays guitar without any hands
Pretty good, I might add
Yeah, when he grabs his guitar and starts to pluck
Everybody wants to get up and dance

Ah, get it baby
I'm his manager, heh heh
Gonna make a million dollars
I get it all, till he can spend it
Don't, don't, don't
That's it, that's it
Don't, don't, don't fight the feeling, don't fight it
Ok that's enough, get outta here
Here you go people, listen to this, this is really funky, get outta here
Goin' back in his hole, just the same way he came out
Do we get paid for this? I wanna know
Yes, yes of course
We do? Ok, ok, alright
You're welcome 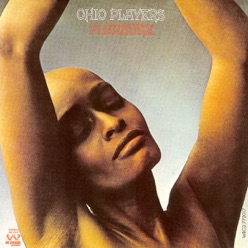