[Mac Dre]
This ain't no love ballad
Or romance song
This a dance song for you can get yo dance on
It's hard to keep my pants on when I'm giggin'
And when I'm giggin' it look like I'm diggin'
I do the pigeon, bird like a nerd
I'm on Hennessey rappin' every line every word
I dust myself off
Like I stoled thurr
Skinny nigga giggin' wit no shirt
I get chauffer so I can passenger gig
Get the chips and don't trip off her mask and her wig
So that's why I'm askin' her this:
Can you do the thing?
Can you really do the dew and pursue the green?
I ask her who the king
She tell me I'm is [Nothin' but the hook]
It's almost time kid
I'm trynna see some grindin'
Can you dig?
Yeah you fine bitch but can you gig?

[Rydah J. Klyde]
She was doin' the twist and pop
While I was trynna get the cork out the Crys then pop all in her hair
The champagne shampoo was flash dance too
Baby want me to dance too but that I can't do
She was giggin' too hard for me
Turned around and my dick stretched the yard you see
I can't play wit you lil' mama
Thizzle got you crazy
Shocked her when I stood up and walked on her lazy
Broke it down touched the ground; rolls wit the 80's shit
Lit that hazy, asked her "What you know about Thizz?"
"What you know about this? Naw Bitch Thizz"
Cuz that's what it is
DJ put us in the mix
Watch us pump up the party
Cuz we didn't come to bothy nobody
It's 300 Bay cats in the lobby
Swing them dreads, movin' heads, getting' stupid
Naw that's the old look they gig to this new shit watch me

[Mac Mall]
I'm a fan of the running man
Old school Cabbage Patch
Might mix some prep wit a lil' Roger Rabbit
Robo Cop, up-rock, pop lock, boogaloo
I don't know about you but where I'm from you see we act a fool
Lil' mama giggin' wit me tryin' hard to keep up
But I'm bustin' moves that she never even heard of
Feelin' it, Thizz face look permanent
Advance Bird Dance now we call the shit "The Buzzer" bitch
Humpty Dance don't got nothin' on me
Quick to Michael Jackson spin and do the Mahoney
You squares is phony
But your bitch still want me
Cuz I do the George Jefferson oh so coldly
Yeah it's a celebration bitch
So I'm a break it down to the fresh outfit
Lil' mama movin' but you know she can't handle it
I'm in the middle of the floor wit my hands on my dick 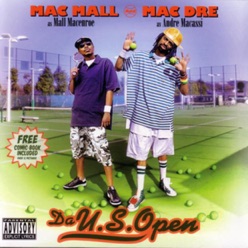