Uh, uh, they thought I was a singer.

Look, I'm like ink so fresh I could smear it
Just signed my name, I already feel it
It's like a bulls-eye on my head that I'm wearin'
But it's not a Bulls snap-back cap that I'm talkin' 'bout
Walking out my faith, live from that New York City
Livin' where it ain't pretty, Wash Heights
Where they puff haze, play music all night
That's why your boy came, so we could show 'em Christ
Y'all don't get it, I been saved, living for His things
Switched the name, used to go by C-Lite
But then I put it in the grave, 'cause I'm steppin' off stage
Still the same dude livin' what I say up on that mic
Cap and gown, graduated now, 23 and I'm in a new season
Wow this is crazy! God is so amazing
He been using all that pain He allowed to shape me, Chiselin'
Every little thing of me that isn't Him
And sin is still wacker than it's ever been
Jesus coming back again, when he does all that
"I used to go church" stuff is irrelevant
Following Christ ain't a one time event
It's a lifestyle, not what you use for your girlfriend
So there it is hope y'all listening
Yeah the same mission but the team look different

Rap aficionado, from the 'Cuse where they move for Otto(?)
But now out of my window, I can see the Apollo
I changed cities, still people remain hollow
Everybody Tweet, but they don't know who to follow
Watch me kick it, Salvation minus Crucifixion,
You got a better chance at the Lotto with no ticket
It's horrific, rhyme for Jesus but flow wicked
You hear the truth, but don't wanna do it like those dishes

Say goodbye to the liar, say hello to the fire
See peace of the storm gone, like it's on tires
Thought you was a done one so you co-conspire
With the empire, Evel Knievel, conniving people
Are putting comments in God's word
Careful who you worship when you waving at concerts
My finger's on the detonator like I'm playin' Sega
See ya later to the hater of love
I made this statement because I'm sick of
Being in your daily with that hatred and lust
I got kids, and they got ears that be opening up
To bright ideas, when you feed 'em bull
I feed 'em truth, 'cause I understand speakers are tools
Either a key or a noose. Either get you out or get you through
But it all depends on what you're get into
See that gettin' is forbidden if you get into that fruit man
Get up in them Scriptures so they get into that loop fan Salute. 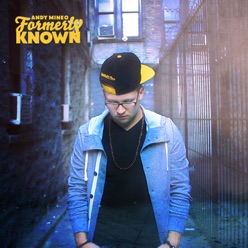