[Z-Ro:]
Look I knew this fella named Frank, who had bank from pulling maneuvers
No discrimination for feddy, this brother would do ya
His whole life he'd been broke, but he got tired of the feeling
Started indodging and drug dealing, wasn't scared to be cap peeling
A soldier, before the wrong cars he boasted
Screaming give it up you gave it up, or else you got toasted
Kept his finger on the trigger, everytime he rode
Frank took out all the drug dealers, and had his hood sewed
Mafia menace to his community, his money was long
Wouldn't let his partnas make no money, let alone sell stones
Flipping in the finest of cars, gator shoes and boots
Chinchilla furs him and her's, double breasted blue suits
For him and his broad but where was God, not around his riches
Cause he quickly fell in a six foot ditch two deep, him and his Ms.
The moral of the story, if you sew it I promise you'll reap it
Greed ain't nothing but a lesson, so listen up when I teach it

[Hook: x2]
Greed, vanity, lust
The main three thangs, that'll make you end up in the dust
It's seven sins, that women and men commit 24/7
You better watch it or get 1-87, I'm trying to tell ya

[Z-Ro:]
Get out the mirror lil' mama, cause you look good enough
Already degraded your image, cause you the hood slut
Walking in and out of houses, jumping in and out of cars
Got too many boyfriends, thinking you love em from the heart
You just trying to get into they pockets, you's a gold digger
Acting like you down like fo' flats, to get some mo' figgas
Steady throwing marriage in they face, to make em believe
Better not make nobody fall in love, cause they might make you bleed
Fake nails and fake hair, on down to your thighs
Ain't nothing but a imitation, your whole life is a lie
You need to slow down, and get a grip on yourself
Before you catch something you can't throw back, and H-I-V yourself
Your phone ain't ringing, cause fellas see you losing weight
You ain't even confident no more, look like you losing faith
Everyday the moral of the story, sew it and you'll reap it
Vanity ain't nothing but a lesson, listen up when I teach it

[Z-Ro:]
My man would of done, anything to get with Nancy
But she was vanitized, had to flip in something fancy
Just to get her attention, had to floss a piece and chain
When he scooped her up from her hood, in his candy red Range
Peep the game, now the way she talk and the way she walk
But he didn't she had the power, to leave him outlined in chalk
But he was blind to the fact, he had to take her to his house
To switch up to his Cadillac, that's a dumb ass move
Now she know where he live, dude ain't nothing but a flunky
Steady exposing his riches, hoping he might get lucky
But luck is running out for dude, he capping too hard
Didn't notice he was being followed, by a couple of cars
Straight to the Motel the Hotel, the Holiday Inn
She left the do' cracked open, so the jackers could come on in
The moral of the story, if you sew it yeah you'll reap it
Lust ain't nothing but a lesson, listen up while I teach it 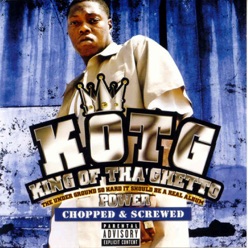 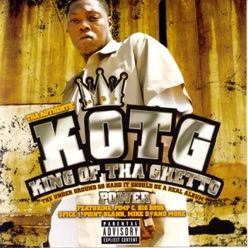 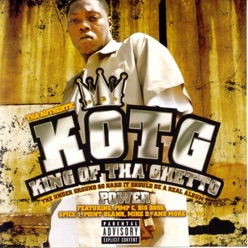 Z-Ro songs in May