[AZ]
I didn't fall from heaven, I rose from hell
Bigboy, get bagged, he gon' hold my bail
It's like Attica '67 when they, closed the jail
Be careful, but promote yo'selves that's what they told me
Involved but unconcerned fuck beef when it dissolve it does not return
I don't leave, stagnate nor move off-beat
So discrete very rarely do I move on feet
I rough-ride twin rugers on the sides of my seats
Drive-by's, bodies left on both sides of the streets
I blacks out never blind by the size of the image
No disguise, homocide don't rely forensic
Homes's finished, scrambling caught in the scrimmage
12 shells ricocheting and it pours from the hemorrhage
Get the casket embalm and forget the bastard for moving backwards
New York's number one draft pick

[Trav]
All this nigga know is, get money burn a lot of smokes
Lazy niggas was sleeping, I was wide awoke
Not a joke, creep on snitches, niggas gotta choke
When it's time to sleep with the fishes I supply the boat
And I swear it hurts, I supply the coke
'Cuz don't nothing scare me worse than dying broke
Iron poking on my ribs while I'm laying in a Taurus
I live this shit y'all just performers, it's a dirty game
I seen thugs turn informers, crooked cops run in the crib, no warrants
Money talk though, never stuck in a grudge,
Got a female lawyer and she fucking the judge
I was once told, that you reap what you sow
And a, the scent of weed always seep in your clothes
And a, it's Quiet Money so we speaking in codes
Like, why should I trust ya?, nigga, I'm a hustler

[Animal]
Unh, Yo, Jesus Christ yo, he just nice
Like a ginszu blade nigga, he just slice
And get y'all out the game, dog, it's not long
Anybody can spit, faggot, but can you make a hot song?
You're not wrong, like Biggie said you're dead wrong
Need to get your flow tight, gotta get your head strong
Watch us, the way we floss up in coat lockers
Walk right past security, flippin' poppers
Like what? who the fuck gon' stop us?
Y'all wait until the summer, when this fucking album drop us
I know y'all hate it, because y'all flows outdated
You finished as an artist and I finally made it
But I paid my dues, in this game patiently waited
Niggas ain't gimme shit, I had to take it
It's A dot, all year 'round I stay hot
Nigga I play not, ride thru you're block in that grey drop
They call me headhunter, the head is all I aim for
The top spot nigga, what you think I came for?
These words touch you, cut you open like a chainsaw
And now you're your man is like, what y'all said his name for?
Fucking hustler, motherfucking Animal 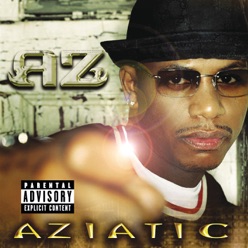