[ verse 1: mike g ]
Remedies for house parties stayed simple and plain
Little wine, little music, little mary jane
Gotta keep the lights dim, so when the people walk in
The vibe stays nice and mellow, everybody fits in
And everybody hey and ho, are gettin they groove on
The record only stops when the lights came on
Then they went back off, we continued to groove
Then somebody grabbed the mic like they had somethin to prove
It was just the spirit got em, it wouldn't let loose
There right before our eyes hip-hop was produced
The fire kept on burnin like a doggie in heat
You couldn't help to feel the flavor as you walked through the
Streets
Everybody had a crew on every block for blocks
This seemed to be insurance that the beat won't stop
So one day shots ring and it was no one to blame
All you thought was would it ever all be the same
But if you got the love, baby, won't a damn thing change
As long as you remember it always remains

[ verse 2: afrika baby bam ]
Block parties jam-packed, the first time i heard rap
And deejays spinnin breakbeats back
These were the last good days of the ghetto
It wasn't all about bein jiggy, so save that rap for jell-o
Down on my knees in the street playin skelly
Rushin upstairs to see _graffiti rock_ on the telly
With one eye on the beats droppin
I knew that one day would come when i'd be on the mic rockin
Every day after school practisin
I mixed blues smarts with street smarts, and then started battle
Rappin
But for me it wasn't happenin
So i changed up my style, to the ladies been mackin
I wrote a rhyme about 'roxanne, roxanne'
I used to bust it out when i went to a jam
My mother read the dirty rap
She said, "you ain't gon' go too far expressin yourself
Like that
Disrespectin black women
And what's gon' happen when you turn around and try to have your
Own children?"
So i changed up my style once again
So me and my moms could still be friends
My daddy wasn't buggin out so far
Watchin me pretend to be another rap star
Through my eyes he saw a child changin
Growin up to be a man and leave behind the shootin, bangin

[ verse 3: afrika baby bam ]
Now this one goes out to the ones who set it off
And all the pioneers that made it what it was
Cause we been doin this for 25 years long
So we gotta represent and keep hip-hop strong
Jbeez, we on a plateau, ain't nothin stoppin us
Will with the spirit of god, now watch it jump in us
Cause when you cut the roots off the family tree
All you leave behind is the sweet memory
Right from the start, we did it in the park
It wasn't for the money, and it came from the heart
But in these days and times, when rappers write rhymes
All we think about is signin on the dotted line
Me, i been thinkin about the way it used to be
When before you was a rapper, you became an mc
I'm proud of my heritage, and glad that we made it
I still bust rhymes without bein player-hated
Standin on the same stage, rockin with the jbeez
Was a dream come true for a brother like me
Before rap was consumed, and hip-hop was doomed
I was bangin on tables, rhymin in the lunchroom
I used to walk the street with my ghetto blaster
My brothers on the block was startin zulu chapters
You know what i'm talkin about if you go way back
And yo, big ups to all my sisters, in the name of rap
Cause when it comes to hip-hop, you know you gotta keep it true
Take from the old, mix it with the new
I used to go by the name of mc shazaam
But now you know me as afrika baby bam 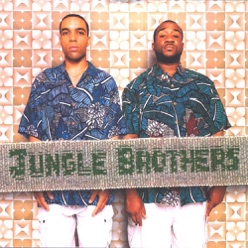