Jonah Was A Prophet

When I was a boy I went to church back home in Arizona
And that is where I heard the tale of a man whose name was Jonah
now Jonah was a prophet, but that's not why he's remembered
They tell the tale, Cause in a whale he nearly was dismembered!
CHORUS
Jonah was a prophet
oo-ooh!
but he really never got it
sad but true!
and if you watch it you can spot it
a-doodley-doo!
he did not get the point!

Compassion and mercy from me to you and you to me
exactly what god wants to see and yes that is the point!

Now Jonah Set Sail On A Pirate ship
In a dreadful gale
Got eaten up by a giant whale
But then its not to be said
You think he would learn alot
From being saved from an awful spot
But the second chance that he had got
He didn't want to be spread
now poor old Jonah
and now he's all alone-ah
gotta use a megaphone-ah
to get it through to his head-HEY!

now during your life you prob'ly don't ride on a camel
and you prob'ly won't wake up inside a large aquatic mammal
but all the same like Jonahthere is something you can do
everyone deserves to get a second chance from you!

Compassion and mercy from me to you and you to me
Exactly what god wants to see and yes that is the point! 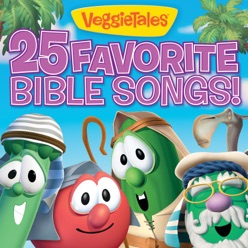 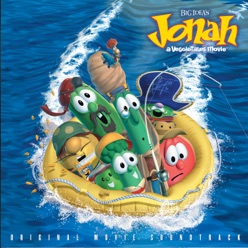