Yaa Waa,
What's up future president my name is Joell Ortiz
And I'm the voice of the underdogs in the hood so
I wanted to write this letter to you, to see what u thought

Dear future president
I grew up with no brothers and sisters
And my moms was on public assistance
And her husband was missing
She developed this disguisting addiction that had her on Some of the ugliest missions
So she missed some appointments
She was supposed to keep my coverage consistant
I was a chronic asthmatic
Huffin, puffin and whistling
Can't get a breath, I wished for death
It hurt my chest when I coughed
Ooh yeah, I'm from the projects of New York
We love baketball
But last summer my boy got left on the court
Some kid reached next to his shorts and put some lead in his thoughts
And the murder's moms, she jetted from court
Her only son had 18 years in the street he livin the rest up north
My other homie sellin crack, he always tell me it's wack
Everyday he filling out apps but they don't call him back
Backround check spotted his felony, but that aighnt fair
You make a mistake, you can't fix it man this world don't care
That's how he feel and he got bills so he movin them krills
Livin life over his shoulder, boys in blue on his heels
His little sister, man she grown, she done threw on dem heels
Exotic dancing on a pole look what she do for a bill
Took one of them little boys backstage persuing a thrill
Caught that thing now everyday she wake up doing them pills
I get mad when I see what other artists do with a mil
With a couple g's I bought my p's a few computers for real
Ya'll done forgot where ya came from, have you no honor?
Only thing that change do is causing you more drama
Here's a couple wise words from the dude that go Yaa Waa
It's time for a change and that change is Obama
Dear future president
I hope you heard this letter and do some things to make sure the next one I'm writing is better
Peace!

It's been a story of survival
Poverty and sorrow
And the question is;
Can you hold on till tomorrow (can you hold on)
And when tomorrow comes won't it be much better?
So Mr. Future President please open up this letter 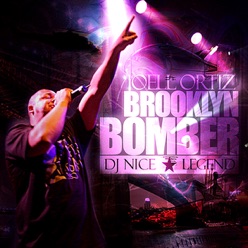