Versión de Woody Guthrie
Oh, pour me a drink of Italian red wine,
Let me taste it and call back to mind
Once more in my thoughts, once more to my soul
This story as great, if not greater, than all.

The AP news on June 24 th
Told about a Patrolman named Earl J. Vaugh,
He stepped on a Main Street Trolley Car
To arrest Sacco and Vanzetti there.

The article tell how Earl J. Vaugh
Is now retiring as officer of law;
This cop goes down in my history
For arresting Sacco and Vanzetti that day.

"Twas nineteen and twenty, the fifth of May,
The cop and some buddies took these two men away
Off of the car and out and down,
Down to the jail Brockton town.

There's been a killing and robbery
At Slater Morrill's shoe factory;
You two gents are carrying guns,
And you dodged the draft when the war did come.

Yes, oh yes, 'tis so, 'tis so,
We made for the borders of Mexico;
The rich man's war we could not fight,
So we crossed the border to keep out of sight.

You men are known as radical sons,
You must be killers, you both carry guns.
I am a night watchman, my friend peddles fish,
He carries his gun when he's go lots of cash.

Now, let me think, and let me see,
How these two men were found guilty,
How a hundred and sixty witnesses did pass by,
And the ones that spoke for them was a hundred and five.

Out of the rest, about fifty just guessed,
And out of the five that were put to the test,
Only the story of one held true,
After a hundred and fifty-nine got through.

And one this one, uncertain and afraid,
She saw the carload of robbers, she said,
And one year later, she remembered his face,
After seeing this car for a second and a half.

She told of his hand, his gun, his ears,
She told of his shirt, and the cut of his hair,
She remembered his eyes, his lips, his cheeks,
And Eva Splaine's tale sent these men to the chair.

I was right here in Boston the night they died.
I never seen such a sight in my life;
I thought those crowds would pull down the town,
I was hoping they'd do it and change things around.

I hoped they'd pull Judge Thayer on down
From off of his bench and chase him around;
I hoped they'd run him around the stump
And stick him with devils tails 'bout every jump. 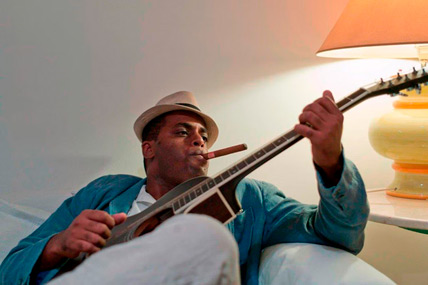